Muammar Gaddafi at the moment of his capture, BEFORE his DEATH.. 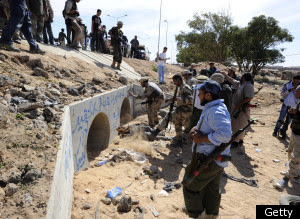 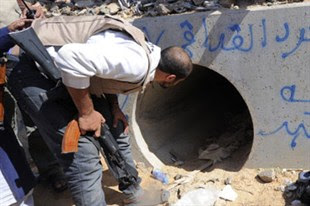 A wounded Gadaffi, in the hands of the rebels 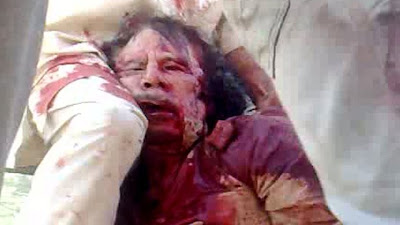 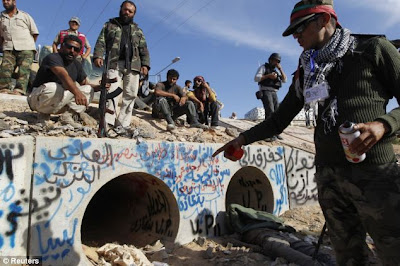 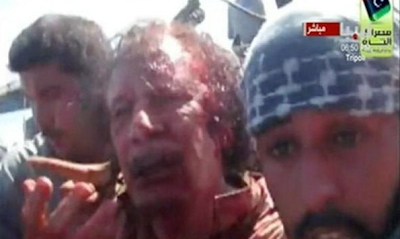 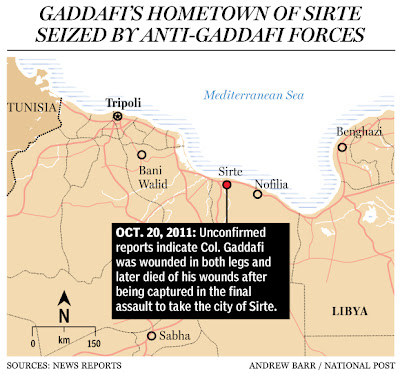 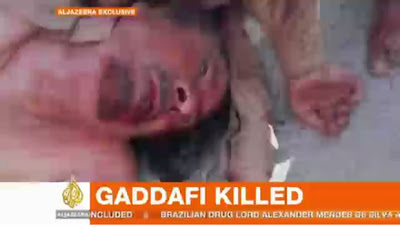 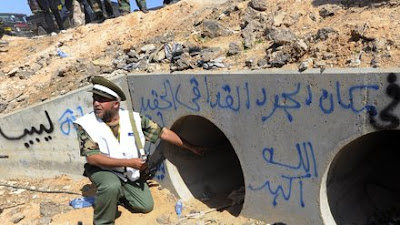 The body of former Libyan leader Muammar Gaddafi is displayed at a house in Misrata. Qaddafi was beaten and then shot in the head after his chaotic capture by killed by Libyan fighters he once scorned as “rats.”; (Photo by Reuters) 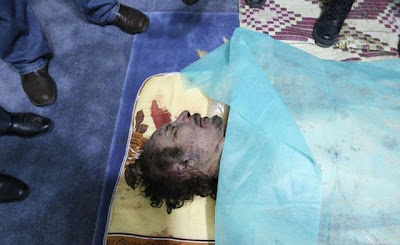 There are more pictures and videos on this blog to be found on the death of Muammar Gaddafi and his son Mutassim Gaddafi, but beware, they are very GRAPHIC..
TAG# The Gaddafi Chronicles, for more updates ->