How will Gaddafi’s death affect oil prices and which region stands to benefit? 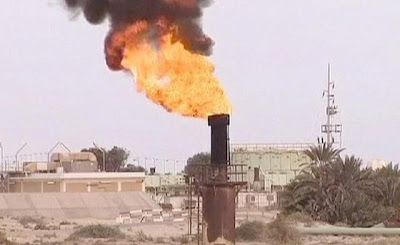 The global reaction to former Libyan leader Muammar Gaddafi’s death has been largely positive with leaders and analysts expressing hopes for a speedy transition to stability in the country. There’s focus on the country’s oil and whether the new rulers will expedite the restoration of oil export.

Europe already receives much of Libya’s oil two-percent production to the world, but the change in regime is likely to benefit the continent meet its required sweet crude and will soothe fluctuating oil prices.

Before the fighting broke out, Libya used to sell 85 percent of its exports to Europe.

“If Libya goes back to its previous 1.6 million barrel per day (bpd) and adds extra 200,000 bpd, it will have a great impact on the stability of the oil prices,” said Kamil al-Harami, the Kuwait-based independent oil analyst.

In addition to Nigeria and Algeria, Libya is known for its sweet crude supplies and holds Africa’s largest crude oil reserves. Many European refineries are not equipped to refine sour crude, which unlike sweet crude, is high in sulfur.

“Europe is in need of sweet crude supplies.” Harami said.

Citing the example of Iraq’s oil industry which had problems increasing its output due to political instability, he said that “before anything, stability is essential for Libya so that it can get back to its 1.6 million bpd output.”

According to another Kuwait-based oil analyst Hajaj Bin Khadour, “the increased oil exports to Europe won’t have that much of a great impact.”

Khadour said that oil prices will keep fluctuating due to the conflicting policies adopted in lieu of the EU debt crisis.

“There is no logic of supply and demand that can be applied to the stabilization of the oil prices,” he said, citing the U.S. and EU debt crisis and the shaky geopolitics in North Africa.

Oil supplies from Libya drastically dropped after the ensuing clashes between Qaddafi fighters and the rebels, causing prices to near $115 a barrel in early May.

J.P. Morgan analyst Lawrence Eagles said in report in reference to Qaddafi’s possible capture “virtually all of the news emerging from Libya over the past six weeks has been positive on the production side.”

“The oil market is discounting a relatively rapid return of at least the first 700,000 bpd of production,” it added.
Mounting difficulties

Meanwhile, analysts at Barclays Capital said that there are mounting difficulties faced by Libya’s interim government, one of them being the rising power of Islamists within their coalition.

“There is no parliament, no constitution, and virtually no civil society organizations, and the Libyan military is riddled with tribal and regional divisions.
Hence, the potential for a security and political vacuum in Libya continues to be elevated, in our view” said the analysts in a note.

Khadour said the remaining oil refineries in Libya that were not destroyed in the civil war, need to be re-qualified and repaired. He said that “any oil production will take six to nine months for it to materialize.”

Libya’s biggest oil terminal, Es Sider, which has the capacity of 447,000 bpd, may take more than a year before it can be fully repaired, according to the head of National Oil Corp Nouri Berouin.

Many oilfields are also dependent on foreign workers, who have almost all left the country.

In July this year Reuters conducted a poll with 20 analysts and industry officials who said it would take up to one year to restore Libyan output to at least 1 million bpd and up to two years to return to the pre-civil war levels of 1.6 million bpd.

Analysts also said that it is possible to ramp up production to around 3 million barrels a day, but not for another three years.

But the country’s daily output had risen to 430,000 barrels this week before Gaddafi’s death, after two more oil fields were reopened.

If there is stability in the country, Harami expects the Libyan oil market to open up and more exploration to take place.

“There will be no hiccups, as Libya will open a new page, no political tarnishes like what had happened in Lockerbie.”

Meanwhile, Khadour expects that the oil licenses will be primarily given to NATO countries, especially France, Britain and Italy, thereby reversing Qaddafi’s earlier policy of granting licenses to various companies from various countries.