'John Dies at the End' Symbolism

I was watching 'John Dies at the End' when i saw this; 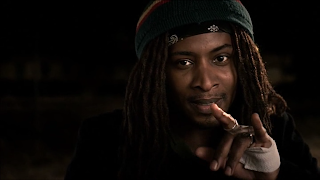 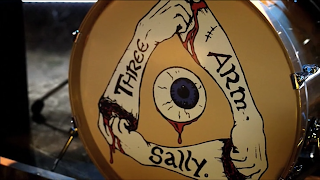 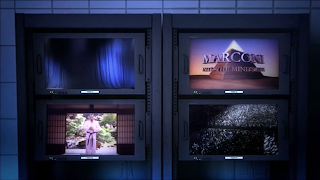 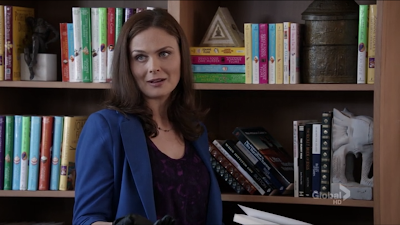 Email ThisBlogThis!Share to TwitterShare to FacebookShare to Pinterest
Labels: Illuminati on TV, Subliminals

An Open Message to Police & Military

The truth about Ron Paul and Alex Jones

WARNING: Due to the Highly Controversial Nature of this article, it is recommended that you do not read this article, if you have a hard time accepting original ideas. The truth can hurt you, but it can also set you free:

‎” A newspaper is a device for making the ignorant more ignorant and the crazy crazier. ”
- H. L. Mencken

When I was 20, I used to take Infowars as a serious source. I do remember thinking it was quite peculiar that such anti-Americanism, could be handled by Americans; especially during the whole Bush Oppression Era, and the 9/11 Patriots (waving their flags, as though they were Roman spectators cheering for the hungry Lions, to be brought into the arena). Then the Tea Party started, and Sarah Palin, and they were all over America. And when Alex Jones started supporting the Tea Party, along with Jesse Ventura, with his whole “don’t tread on me ” all endorsed by the Koch Brothers; I started to realize that Alex Jones could not be a credible source. Alex Jones and his WWF “truther buddies” were part of some bigger conspiracy, involved in misinforming the American Public.

Recently, I started to get a much clearer idea of what was really happening, in America. It all started when Ron Paul supporters started declaring that Ron Paul was being  censored by Fox News. But that wasn’t at all true. Facebook is clogged with Ron Paul propaganda, and there are many videos on Youtube, of Ron Paul going on Fox multiple times over the past years. We can easily argue that Fox News gave Dr. Paul more air time than a lot of people Fox really does censor, like the son of a 9/11 victim; who was told by Bill O’reilly to shut up, for thinking that maybe 9/11 had been done by more nefarious interests. Otherwise it is obvious that he has had more air time than say, Jon Stewart. Which was another false debate, since Bill O’reilly and Jon Stewart both support Israel’s Oppression on Palestine.
So I started to do a little research on Dr. Paul. If you pay attention, and try to look beyond his words, you find that he has the same backings as Obama did before being elected. It is almost the same campaign, but this time Ron Paul the outcast, has become an American hero over night.
The first thing to know about Ron Paul, is that he has big investments with Barracks Gold, which has big plans for Corporate Exploitation in the future. Dr. Paul also has similar views as famous demagogue Republican Presidents such as George Bush and Ronald Reagan. They all share the same view on abortion , and having the same adoration for Neo-Liberalism and Free Market Catastrophies. Dr. Paul is for private schooling, just like Obama, and his Chartered Schools program. While American Public schools closed down Nationwide, due to bankrupted states. But what surprised me the most, was that he has most of the American Military on his side.  Obama shares that with him it makes a lot of votes (with the phantasmal idea that he is for peace, while allowing a war, like say the Iraq War, to sail on past 2010). Ron Paul has a lot of citizen donations for his campaign and has been clamored for it, does that ring a bell (Obama voted by the people gimmick they gave us). Obviously, if his Public Relations campaign was to fool America, he is pushing all of the right buttons. His son Rand Paul is also, known for having a Neo-nazi leaning ideology. Not to mention the fact that being a Christian Anarchist, and Capitalist Anarchist, is completely oxymoronic.
As an American it is important to ask all of these questions. These people are the mass opinion makers, and ideology manipulators of our age, for the masses. If we all truly want a better World, these tough questions need to be asked. Otherwise we are no better than Americans who believed the Fox News Live Demolition of the World Trade Center. Or better yet, go to War against innocent people, only to allow profit for a few very rich conscienceless corporate profiteers. And if that is the case, they are ready to wage war against our minds. Take Alex Jones and his recent FEMA camps and Money Bomb attempts. Everything about FEMA camps comes from the Info Wars network of blogs and websites, and all Alex Jones does is cite himself. At least back in the day, you could find interesting articles, and some unspun information
But I think there is something deeper, and darker in all of this thought. It is the fact that Ron Paul, Alex Jones et Company, want to stop money and go back to gold. With an Anarcho-Capitalist philosphy, dreamed of by the brutalist Dictators which in the long run develop 3rd World Countries, just take the Taliban. They anarchistically kill for money, right?
There is also the fact, that Gold is not a renewable resource, and less and less of it. Before we know it we will be living in Corporate Feudalism again, such as 19th Century England. If anything this, sounds like Agenda 21; the Agenda which Alex Jones is so fearful of, and which fuels his daily Christian Jihad.
I always thought watching his shows that Alex Jones dreamed of being Hitler when he was a child, so this all might just very much resembles a veritable Christian Conspiracy to recreate Fascism in America. Ron Paul wants to secure our borders, like Hitler wanted to secure his Nazi Nation. And he has a lot of moronic friends, who would love to do the same. They are all very rich. And there is something Ron Paul never mentions. Since the 1970′s when Nixon created the first private Hospital Kaiser Permanente, the Republican Party has been hacking away at America’s Public Health Care. They obviously got very rich, building private Hospitals. But it especially tarnished the Medical establishment. Poor people no longer received the same treatment as the rich.
So if America does end up privatizing Public Education and the works. “ It will be the poor who will pay the most, as always.” (The same words uttered by Dominique Strauss Kahn, months before being sent to Riker’s Prison).

After 2001, the price of Gold dropped considerably, and ever since it has sky rocketed. If Gold were to become or back U.S currency, Corporations could buy up most of it, and citizens would quickly lose their rights, their purchasing power, and the same problems as the Middle-Ages would quickly resurface. Greedy religious Corporatized Kingdoms await us. Let us never forget that Hitler was a Christian, and that if anyone had bothered to study “Mein Kampf” before he was elected, they might have noticed that he wanted to exterminate poor people and radicals such as the Freemasons, Anarchists, and Communists.  The same people Alex Jones calls “the Illuminati” and “Zionists”. Zionism is really just a way to keep old religions alive, so that Wars can still be profited from, without too much public discontent. Zionism was after all, the fuel for Judeo-Christian/Catholic War rhetoric throughout History.
In the end this is all Demagogy and superfluous. We are being constantly divided and conquered, in order to force us to walk in line. Therefore, whether Ron Paul be a saint or not (or all these thoughts above be untrue, and only wood to burn for the Obama’s 2012 campaign), I strongly suggest that anyone who believes in Democracy, not vote. Occupy the voting booths and tell people not to vote. There is much which needs to be investigated, and the people must take that power back, since the Government can no longer offer us stability and justice. Obama is no better, and America is being lead to chose from many candidates; but they are all opportunists, trying to get big Hollywood weddings for their children Hillary Clinton style, in order to immortalize, their pathetic little egocentricities. In the end it’s all about money, greed and power. It always was, and it always will be. And only hypocritical Christians, can keep going on with this sort of maniacal obsession. Jesus Christ was put on a cross and killed, because he saw how money corrupted the world around him.
So if your goal,  is just to perpetuate Nations which build themselves around money and the cross; well then you perpetuatethe lives of little children who can kill, but not face the truth. Money is a drug, and it facilitates corruption, oppression and mass murder.

‎” For a person to believe a plane made of aluminum filled with kerosine, can strike a concrete, steel building, that stands 1368 feet tall and drop it as dust. They should have their head examined. To believe it happened twice is a joke. A cartoon. Then 5:00 47 story building 7 drops like a rock. Aliens? Please give me a break. ” – Clifford Driver

” The CIA has been known to pay off the Alex Jones radio show for spreading laughable conspiracies which disarm public suspicion in regards to the failures of FEMA after hurricane Katrina. ” – Internet Chronicle

‎” If you like Ron Paul so much. You should move to his district. I lived there for 5 years right down the street from Captain 1984. A joint can get you 5 years there. Dow Chemical poisons everything unchecked, the poverty level is one of the highest (as well as teen pregnancy) in the US. It’s like a corporate run 3rd world country. ” – Sam Barnett
Read more HERE!
Geplaatst door veritas aequitas op 11:22 0 reacties

Email ThisBlogThis!Share to TwitterShare to FacebookShare to Pinterest
Labels: Alex Jones is Wrong

The Meat You Eat (Meat Glue)